A Christmas star is born at Chorley Group

Chorley Group, which operates Nissan dealerships across the north-west of England, has showcased a hidden talent in its Christmas ad this year.

James Hayes is the trade stock manager at the company – but also has a secret talent as a singer and songwriter.

Adam Turner, director at Chorley Group, said: “I knew James was a talented songwriter, musician and singer but he rarely shares his talents. However, with a little gentle persuasion, I eventually convinced him to perform.

“We knew this year wasn’t appropriate for a jokey advert so we decided to focus on the family values which are at the heart of our business and what Christmas is about for many people.

“We’re one big family at Chorley Group and to have one of our own write and perform the song makes it much more special for us.”

James said: “I love to sing and play the guitar but only really for my own pleasure and not public consumption. Myself and Adam have been best mates for 28 years and if anyone knows how to wear me down, it’s him.

“He gave me a brief and told me he had booked studio time in five days, so the pressure was on.

“I was nervous at first, but I’m really pleased with how it turned out and I’ve only had positive comments so far – which is nice.”

Chorley Group, which holds Nissan franchises in locations such as Burnley, Blackpool and Preston, was founded by Adam’s parents in 1989.

The company, which also represents other manufacturers at its many sites, has grown to employ 250 people locally.

The dealerships have always played an active part in their communities, raising money for local charities, sponsoring local football club Chorley FC and the Inspire Youth Zone in Chorley.

Earlier this year, they provided cars for NHS workers at the start of the first lockdown.

Adam continued: “We really care about where we come from and it’s the people that make us who we are.

“Our industry is rapidly being consumed by huge PLCs, but our family approach has kept us at the top of our game and dominating the north-west automotive sector.

“We believe this video truly reflects what we’re all about, and we’ve got James out of his bedroom and performing on a bigger stage. We hear John Lewis is after him for next year!” 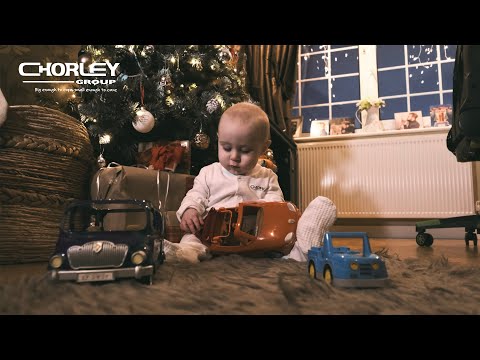