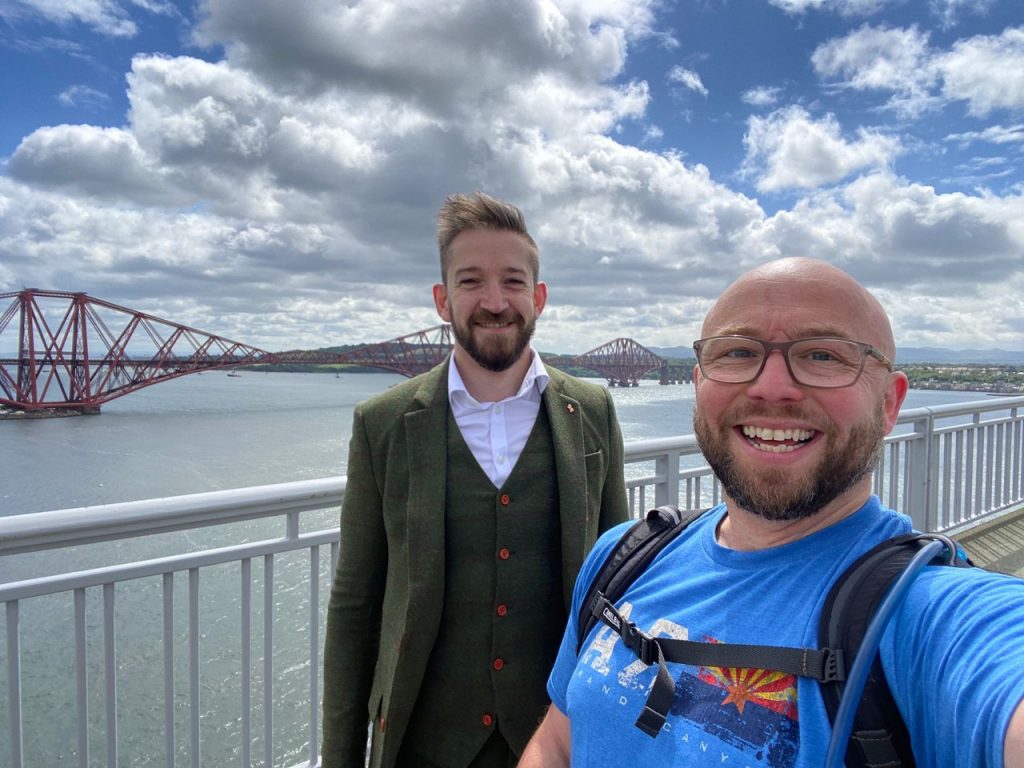 Everyone who took part on the day deserves huge credit for their efforts but perhaps three people are worthy of special mention.

Kevin Amos, a Sales Executive at Nissan Stirling, decided to run the entire route and completed it in under two hours.

Eddie Allan, a Sales Executive at Nissan Fife, couldn’t join his colleagues due to other commitments so decided to do the walk in his own time.

And Will MacConnachie, a Senior Sales Executive at Nissan Edinburgh West, showed his stylish side by taking part in a natty green suit with brogue shoes! 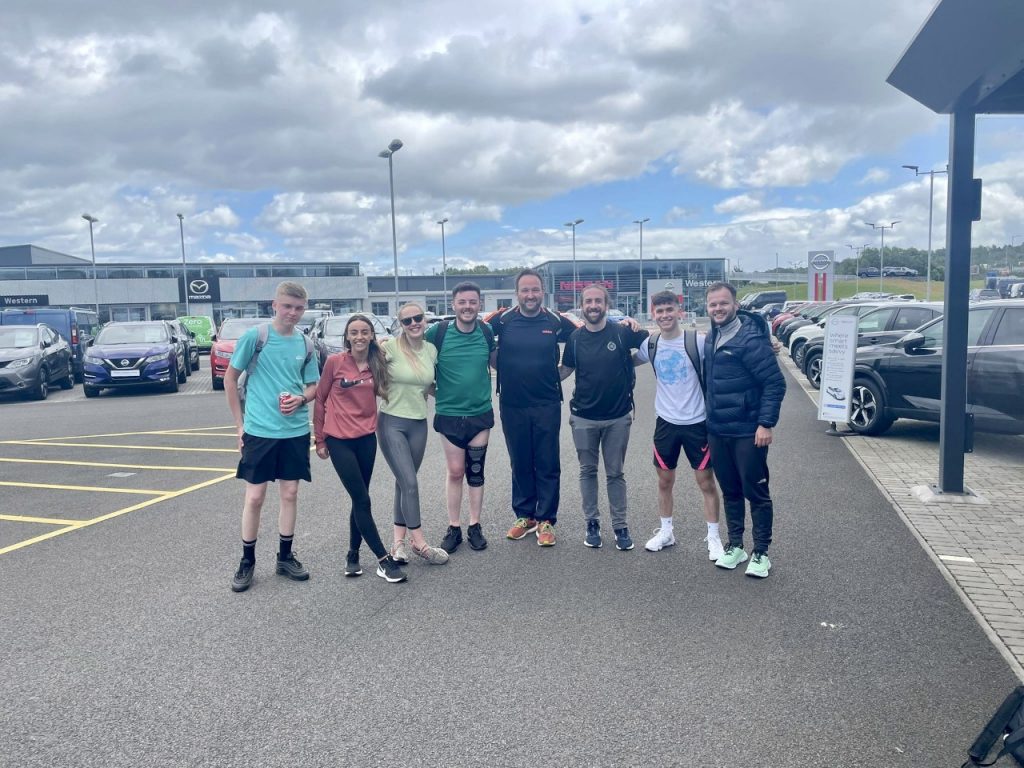 Helen Burns, Marketing Manager at Eastern Western Motor Group, explained: ‘‘A short while ago, we collectively chose a charity to raise a serious amount of money for. Macmillan Cancer Support is a fantastic choice that is close to many people’s hearts as cancer is something that sadly affects too many of us and our families.’’

She added: ‘‘We walked through historic areas of Dunfermline and crossed the magnificent Forth Road Bridge. It was a significant distance to walk for many of us, but we certainly enjoyed the challenge. 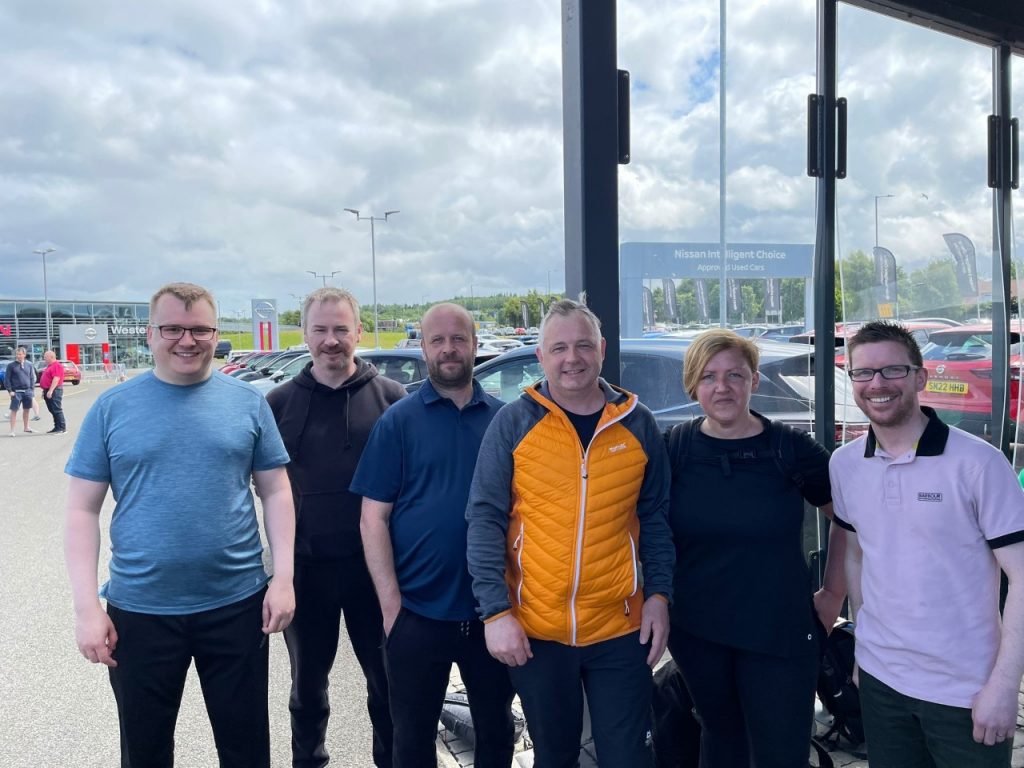 ‘‘Thankfully, the weather was kind with spells of sunshine. When we arrived at Newbridge having completed the 14-and-a-half miles, we celebrated with a barbecue which was kindly arranged by other members of our team.

‘‘We are incredibly proud of everyone who completed the walk and we are pleased to have raised such vital funds for Macmillan. We’re grateful for every single donation, kind comment and message of support – from our colleagues, friends and family, and business partners.’’

A Macmillan Cancer Support spokesperson described the fund-raising effort as ‘‘incredible’’ and thanked everyone for their support, adding: ‘‘The money raised could pay for a Macmillan nurse for more than two months, helping people living with cancer and their families receive essential medical, practical and emotional support.’’

To add to the walkers’ fund-raising total, please donate here.