The three drivers will unite to race a Greaves Motorsport Zytek-Nissan in the LMP2 class. This class has an entry of 22 cars, 15 of which are powered by the Nismo-tuned Nissan VK45DE V8 engine.

LMP2 is expected to be the hardest fought class at Le Mans this year so it is vital to have a bulletproof driver line-up.

Lucas Ordonez has already proved himself at Le Mans, taking a podium finish at his first attempt in 2011 when he became the first virtual to real racer to compete in the 24 hour race.

Jann Mardenborough is hot on Lucas’ heels and after narrowly missing out on a British GT title in 2012 he moved into the FIA Formula 3 Championship this year in order to fast track his learning curve and prepare him for the challenges of racing an LMP2 car at Le Mans.

When a driver was needed to partner Lucas and Jann the first choice was Michael Krumm. A Nismo driver of long standing, Michael is the perfect mentor and team mate and he has had a lifelong ambition to win at Le Mans.

While racing in Super GT at Fuji recently, Michael took a call from Nissan. We hope you enjoy the video… 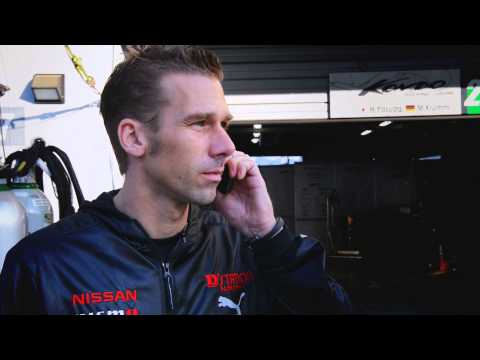 Successes and challenges during a very busy year for Nissan