THE number of Nissans registered in the UK in September was up by 17 per cent compared to the same month last year, the latest figures from the SMMT reveal.

It brings the totqal number of Nissans registered in 2011 to a strong 77,184, which now means the Japanese firm holds a 5.6 per cent overall market share of the UK market.

For passenger cars, Nissan was the fifth best selling brand in the UK for September and just 10 registrations behind the fourth placed Audi. Add Nissan’s 1,598 LCV registrations to the total and Nissan easily overtakes its German rival.

The Sunderland-built Qashqai undoubtedly helped the September figures. 6,068 units were registered by dealers during the 61-plate change month, as well as the Juke taking 4,475 and the Micra with 3,540.

Nissan GB’s managing director Jim Wright said: ‘There’s no doubt that the market is tough out there at the moment. But Nissan is making cars that people want to buy and there is still demand out there for good product.’

New car registrations on the whole were 0.8 per cent down in September, with the SMMT saying the month out-performed expectations.

‘The all-important September market outperformed expectations and is less than one per cent below last year at 332,476 units,’ said Paul Everitt, SMMT chief executive.

‘We expected 2011 to be a challenging year and we are on track for a full year total of around 1.92m new car registrations, five per cent below 2010.

‘SMMT has revised down its 2012 registrations forecast to 1.96m units; a reflection of the continued weakness in UK domestic demand and the uncertainty across European economies. It is important government acts to sustain an investment-led recovery and implements measures to encourage more private sector investment in R&D, skills, new plants and machinery.’ 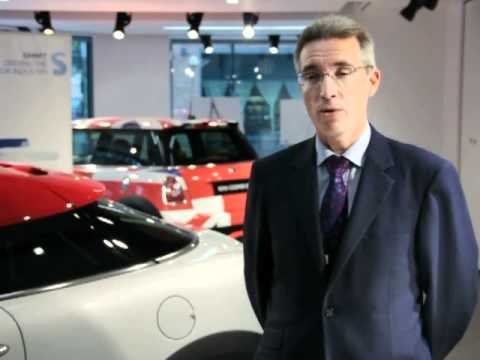 Micra, Juke, LEAF and GT-R gets thumbs up