TO COINCIDE with today’s announcement that the Juke-R is to go into production, Nissan is also launching a cinematic online movie today in which the Juke stars.

Desert Nemesis follows Nissan’s inaugural GT Academy winner, Lucas Ordonez, as he takes on the world’s best supercars in a thrilling street race, reminiscent of the ‘Need for Speed’ movies.

In Desert Nemesis, award-winning film director, Rob Kaplan, captured the noise and excitement generated by the muscular Juke-R and a street race against its loudest, most acclaimed adversaries.

Weaving together the cinematic scenes of a high-production movie and raw footage of the gamer-turned-professional racer taking on the world’s most exciting, road-legal cars through the roads of Dubai’s exclusive International Marina Club, Kaplan gives us the opportunity to see the Juke-R find its place among the world’s elite.

Spaniard, Ordonez, became a professional racing driver thanks to Nissan’s hugely-innovative GT Academy partnership with Sony in 2008. He made his debut at the Le Mans 24 Hours with Nissan in 2011 and will return to La Sarthe on June 16/17 with class-winning Nissan-powered team, Greaves Motorsport.

In the run-up to the film launch on May 3, several teaser trailers have been released through Nissan’s Facebook and YouTube channels, offering the audience ‘behind-the-scenes’ footage of one of the automotive industry’s bravest, boldest productions. 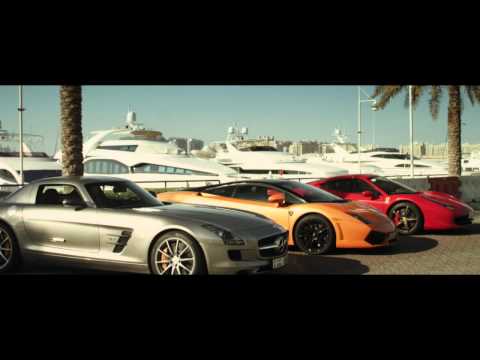 Nissan: Juke-R WILL go into production