WHAT happens when you put the chairman and CEO of Renault-Nissan Alliance in a LEAF with a television star who loves electric cars?

A fascinating interview that’s what.

Star of the Red Dwarf TV series and electric car aficionado, Robert Llewellyn, picked up Carlos Ghosn at Infiniti’s new Centre in Piccadily and drove him 19 miles to Ghosn’s destination.

Throughout the drive, Llewellyn questioned Ghosn on the LEAF and electric cars. The questions came from Llewellyn’s Twitter followers, and there were more than 1000 suggestions.

Llewellyn also wrote a blog post which can be found here

The full video interview can be viewed below 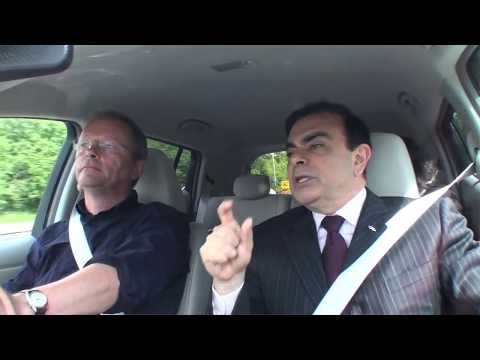