WHAT is the last element a business needs to reach its aspirations of becoming entirely self-sufficient? A LEAF of course.

The award-winning 130-year old Bruichladdich whisky distillery on the remote Hebridean island of Islay is the firm with that aspiration.

So far it has established a pioneering Biowayste system allowing it to generate its own electricity by using the waste products from the distilling process.

Business owner, Mark Reynier, started using the system, in which electricity is generated by biogas formed by a process called anaerobic digestion, earlier this year.

Now he has also taken delivery of a Nissan LEAF meaning that he can also drive completely carbon-free, charging his car using the electricity produced by the distillery.

To celebrate the role played by the LEAF, Nissan and Bruichladdich have produced a limited run of bespoke, LEAF-labelled organic whisky. 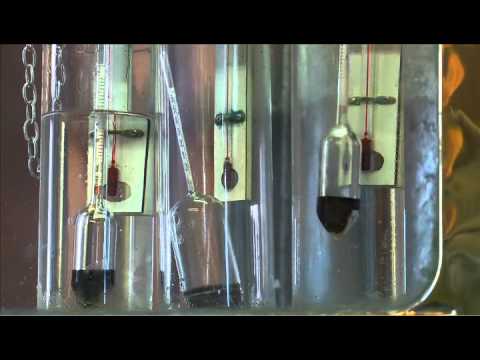 Reynier has already been hugely impressed by the car: ‘The LEAF is fantastic to drive. It was frustrating to be making such strides in being self-sufficient, when my car still needed the most expensive diesel in the UK from the mainland. The arrival of the LEAF has allowed me to be as truly self-sufficient as possible.’

The Bruichladdich whisky distillery has long been a source of innovation.

Built in 1881 by three pioneering brothers, its arrival first brought electricity to the 230 square-mile island. Its ingenious Victorian design was so ahead of its time, the same machinery is still used to this day to make whisky.

Today, the distillery’s waste streams are all ploughed back into powering and producing for the business.

‘We are not eco-warriors but we wanted to see how we could do our part,’ said Reynier. ‘Most schemes along these lines are hare-brained and have little commercial merit, but this one does. Though the technology has existed since 1860, only now is it economically viable on this small scale.

‘With the addition of the LEAF, we’re happy in the knowledge that we’re doing everything we can, whether growing barley here on the island, organically and biodynamically, to be environmentally sympathetic both in our work and home life.’

James Douglas, Nissan’s Corporate Sales Director, said: ‘Mr Reynier’s case goes to prove that sustainable motoring is a very realistic proposition. He is one of the many businessmen discovering that the Nissan LEAF can bring very real financial benefits to his company.’